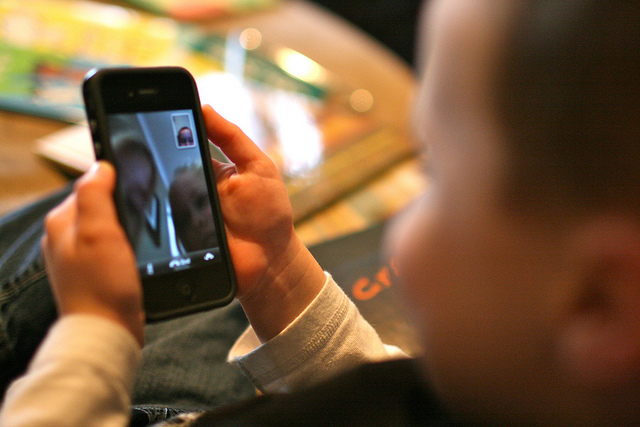 AT&T continues to breach net-neutrality regulations despite an announcement that it would begin offering Apple’s FaceTime service to more of its iPhone and iPad subscribers, digital rights groups said.

The nation’s second-largest carrier said Thursday it was expanding the ability of its customers to use the FaceTime application, at no extra charge, for Apple iOS 6 customers with LTE coverage who have subscribed to any tiered plan. The company said the changeover should begin rolling out in the “next eight to 10 weeks.”

AT&T was limiting the iPhone’s FaceTime video-chat service on its cellular networks to users with new, shared data plans, which are generally more expensive. In September, the iPad 3 and newer iPad models, the iPhone 4S and the new iPhone 5 running iOS 6 became capable of using FaceTime over cellular networks instead of solely Wi-Fi.

But despite the change, Public Knowledge said that, until AT&T begins offering the service on all of its cellular plans like Sprint and Verizon do — including for AT&T customers with unlimited data — the company will be violating net neutrality rules.

“This is a step in the right direction,” said John Bergmayer, senior staff attorney with Public Knowledge.

Public Knowledge and other groups have been meeting with AT&T since September, when they threatened to challenge the FaceTime blocking with the Federal Communications Commission. He said within the coming months, if AT&T doesn’t open up FaceTime to all plans where subscribers have compatible Apple devices, he might demand the FCC’s intervention.

Net neutrality rules prohibit DSL and cable companies from unfairly blocking services they don’t like and require them to be transparent about how they manage their networks during times of congestion. The regulations do allow for certain kinds of mobile network management during periods of congestion, but these cannot unfairly target services that compete with the carriers’ own services.

Mobile carriers like AT&T and Verizon face fewer rules, but are banned from interfering with alternate calling services such as Skype that compete with the carriers’ services.

The nation’s largest carrier, Verizon, is already suing the FCC over the rules. A federal appeals court struck down a previous FCC attempt to enforce similar principles against Comcast after the cable internet provider was caught secretly interfering with peer-to-peer file sharing.

AT&T in August said that the main reason why it was not breaching the FCC’s net-neutrality rules was because the FaceTime application comes pre-installed on the iPhone and iPad. The company said it was not blocking the app, but that it reserved the right to enforce “some reasonable restrictions” to manage expected traffic congestion of the data-hogging app.