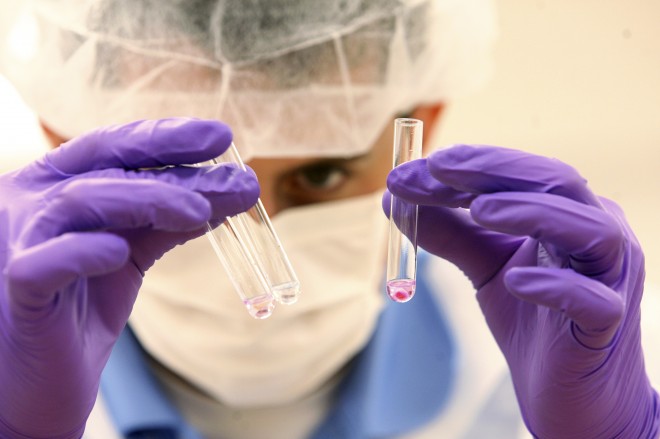 A criminalist examines for DNA evidence at a lab in the NYC Office of Chief Medical Examiner in 2010, in New York. Photo: Mary Altaffer / AP

Supreme Court justices are to meet privately Friday to weigh whether they will hear a major genetic-privacy case testing whether authorities may take DNA samples from anybody arrested for a serious crime.

The case has wide-ranging implications, as at least 21 states and the federal government have regulations requiring suspects to give a DNA sample upon arrest. In all the states with such laws, DNA saliva samples are cataloged in state and federal crime-fighting databases.

The issue confronts the government’s interest in solving crime, balanced against the constitutional rights of those arrested to be free from government intrusion.

The case before the justices concerns a decision in April of Maryland’s top court, which said it was a breach of the Fourth Amendment right against unreasonable search and seizure to take DNA samples from suspects who have not been convicted.

Maryland prosecutors argued that the mouth swab was no more intrusive than fingerprinting, (.pdf) but the state’s high court said that it “could not turn a blind eye” to what it called a “vast genetic treasure map” that exists in the DNA samples retained by the state.

The group points to the Maryland case at hand, concerning defendant Alonzo King. After being arrested in 2009 on assault charges, a DNA sample he provided linked him to an unsolved 2003 rape case. He was later convicted of the sex crime, but the Maryland Court of Appeals reversed, saying his Fourth Amendment rights were breached.

Still, the U.S. Supreme Court has held that when conducting intrusions of the body during an investigation, the police need so-called “exigent circumstances” or a warrant. For example, the fact that alcohol evaporates in the body is an exigent circumstance that provides authorities with the right to draw blood from a suspected drunk driver without a warrant.

Maryland’s law, requiring DNA samples for those arrested for burglary and crimes of violence, is not nearly as harsh as California’s. The Golden State’s statute is among the nation’s strictest, requiring samples for any felony arrest.

A three-judge federal appeals panel has upheld California’s law, although the court is reviewing the issue again with 11 judges.

DNA testing in the United States was first used to convict a suspected Florida rapist in 1987, and has been a routine tool to solve old or so-called cold cases. It has also exonerated convicts and those on death row.