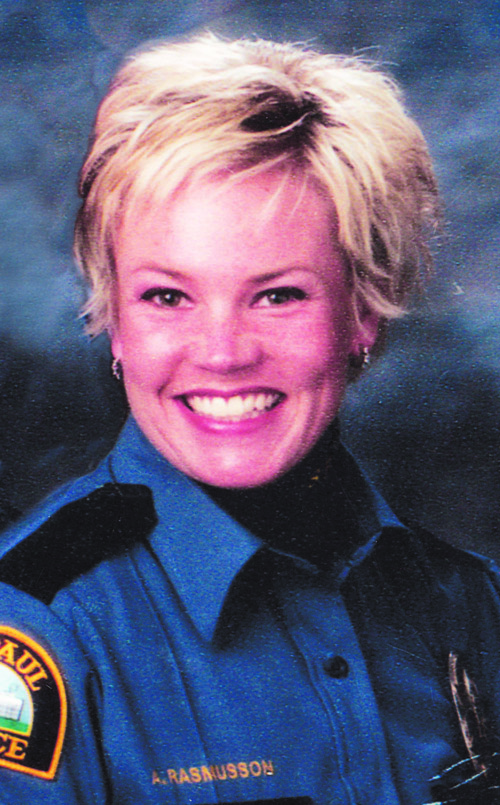 A former police officer who filed invasion of privacy suits after fellow cops illegally accessed her driver’s license record more than 400 times just to get a peek at her, will receive more than $1 million in compensation according to settlements reached in several of the suits.

The Minneapolis City Council has agreed to pay Anne Marie Rasmusson $392,000, on top of a $280,000 settlement she reached with several other cities whose cops broke the law by accessing her record for non-work reasons. She will also receive $385,000 from the city of St. Paul, Minnesota, for a total of $1,057,000 that taxpayers will have to shell out for the wrongdoing.

That figure is likely to grow higher, pending a lawsuit Rasmusson filed with the state of Minnesota.

It’s one of the largest private data breaches by law enforcement in history, according to the Minneapolis independent paper City Pages, which broke the story earlier this year.

Rasmusson, a former police officer with the St. Paul Police Department, who was known by colleagues as “Bubbles” because of her effusive personality, first became aware that other officers were abusing the database to look her up when a former police academy colleague mentioned to her in 2009 that she looked great and that he and his partner had used their squad car computer to view her driver’s license photo.

Rasmusson had once been overweight, but had undergone a dramatic makeover since last seeing him, according to City Pages.

This and a number of other incidents over the years prompted Rasmusson to suspect that randy colleagues were abusing Minnesota’s driver’s license database to look her up. In August 2011 she contacted the state’s Department of Public Safety asking if it was possible to restrict access to her driver’s license file. After explaining the reason behind her request, a worker in the office investigated and found that her record had indeed been accessed by cops repeatedly across the state going back to 2007.

Further investigation revealed that 104 officers in 18 different agencies across the state had accessed her driver’s license record 425 times, using the state database as their personal Facebook service.

“There is nothing that I would say about this driver’s license photo or any of my previous ones that in any way would deserve the attention that they’ve gotten,” Rasmusson told the paper. “I can’t begin to understand what people were thinking.

One officer told investigators that he’d been out on patrol one day when his supervisor called his cellphone to tell him he should check out Rasmusson’s record. When investigators asked why he was told this, the officer replied, “to look at her picture, um, and this had something, I believe the conversation surrounded plastic surgery that she had done.”

Rasmusson, who took a medical retirement several years ago after suffering a work-related injury and left the police department, told Wired earlier this year that the activity was symptomatic of a larger problem involving data abuses by police and feared retribution from officers for bringing the problem to light.

In the lawsuits she filed, she alleged that the officers violated, among other things, the federal Drivers Privacy Protection Act, which Congress passed in 1994 after actress Rebecca Schaeffer was killed by a stalker who obtained her home address through her driver’s license record.

The city of St. Paul denied Rasmusson’s invasion-of-privacy allegations and any liability for her claims, but said it agreed to settle in order “to avoid the uncertainties and costs associated with continued litigation of this matter.”

“The city’s liability could have been upwards of $565,000 because the statute provides $2,500 to be assessed per each unlawful look-up of the database, and we had 226 look-ups,” City Attorney Sara Grewing told the Pioneer Press. “So we were looking at $565,000 plus attorney’s fees, if we were found liable.”

The settlement requires the city to remove Rasmusson’s name, picture, address and other personal information from the city and police department’s internal directory and website.

Discipline for the perpetrators has been light in most cases or non-existent.

An officer who looked at Rasmusson’s record 13 times was subsequently demoted and received a five-day suspension, the harshest penalty anyone has received so far. Others have had warning letters placed in their files or were sent for training.

But according to City Pages, Minneapolis hasn’t disciplined any of the 24 officers who looked up Rasmusson’s record, and St. Paul absolved four of its officers and was still considering discipline for 38 others under investigation.

A former U.S. State Department research analyst fared much worse in 2008 when he was charged under the Computer Fraud and Abuse Act for illegally accessing the passport files of presidential candidates and celebrities and was sentenced to one year of supervised release and ordered to perform 50 hours of community service.

Lawrence Yontz illegally accessed the passport records for then-presidential candidates Barack Obama, John McCain and Hillary Clinton, and admitted that between 2005 and 2008, he read the passport applications of “approximately 200 celebrities, athletes, actors, politicians and their immediate families,” among others. Yontz claimed his illegal snooping was “idle curiosity.”