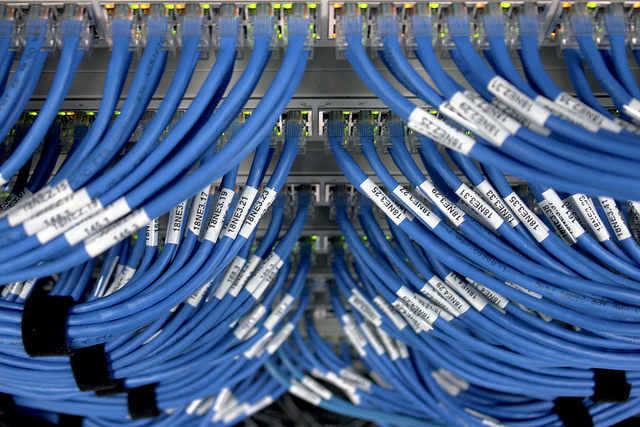 There’s more at stake in the Megaupload case than the freedom of founder Kim Dotcom and his indicted file-sharing associates.

The privacy and property rights of its 60 million users are also in jeopardy, as well as the privacy and property rights of anyone who stores data in the cloud, according to the Electronic Frontier Foundation, which is representing one of Megaupload’s users in a lawsuit against the government that could set a precedent for cloud users in general. A hearing on the issue in Virginia federal court is expected to be set any day.

The problem lies in the fact that there is currently no clear process for owners to retrieve property that federal prosecutors effectively seized when they shuttered the file-sharing and cyberlocker service last January over issues of alleged copyright infringement.

And even if a system is put in place for users to get back their files, it’s likely the data would first need to be reviewed by the government or a third party to determine if any of the data infringed copyrights, says EFF attorney Julie Samuels, because the government would oppose returning such data to account holders. But this raises serious issues about property rights and privacy at a time when more and more people are using the cloud.

“There has to be something to allow third parties to get their data,” says Samuels. “These are important property rights. If we don’t treat them as such, we’re doing third parties a disservice. These are new issues. More and more people are using cloud technology every day.”

In the Megaupload case, the government initially said Carpathia, the Virgina-based hosting company for Megaupload, could delete the 25 petabytes of data seized when the service was closed, without any concern for account holders.

But after EFF filed papers on behalf of Kyle Goodwin, an Ohio man whose property was seized in the Megaupload case, a judge tentatively blocked the hosting company from deleting data and ordered the government, Dotcom’s legal counsel and EFF to come up with suggestions about how to return property to Megaupload users, if at all.

Goodwin is seeking the return of high-school sports videos that are the property of his OhioSportsNet company. Goodwin maintains that the files he stored at Megaupload are the only copies of the videos. His hard drive, where he had stored other copies, crashed.

Samuels believes his case will set a precedent for how other Megaupload users could reclaim their files and could affect future cases as well.

Megaupload allowed users to upload large files and share them with others, but the feds and Hollywood allege the service was used almost exclusively for sharing copyrighted material without permission — which Dotcom denies.

The closest precedent to the Megaupload seizure occurred last year, when the feds shuttered and seized the domains and bank accounts of overseas online poker establishments.

When those domains were seized, tens of thousands of online gamblers lost access to their bankrolls until a New York federal court set up a process for gamblers to file claims to get their money back.

But, as illustrated by the complexities in the Megaupload case, there are many differences between returning funds and digital files.

So far, federal prosecutors are proposing a process that would make it essentially impossible for former Megaupload users to recover any of their legitimate data.

In Goodwin’s case, the authorities are suggesting that it “may require the testimony of numerous witnesses, including potential expert witnesses” (.pdf) to verify that he actually owns the videos and that they don’t infringe any copyrights.

The government claims that MD5 hash values for his files “matched the hash values of pirated versions of popular music,” according to a court brief.

This raises the possibility that data may not be returned unless it is viewed by the government or by a third-party intermediary assigned by the court.

“I think those are some tough questions that are going to have to be answered,” Samuels said. “There is reason to be concerned.”

The Motion Picture Association of America said in a court filing that it is indifferent to how the issue is resolved, so long as any plan includes “safeguards to prevent retrieval of infringing materials.” (.pdf)

A hearing on the data-retrieval issue is pending.

The criminal prosecution of Megaupload targets seven individuals connected to the Hong Kong-based file-sharing site, including founder Dotcom. They were indicted in January on a variety of charges, including criminal copyright infringement and conspiracy to commit money laundering.

Five of the members of what the authorities called a five-year-old “racketeering conspiracy” have been arrested in New Zealand, pending possible extradition to the United States.