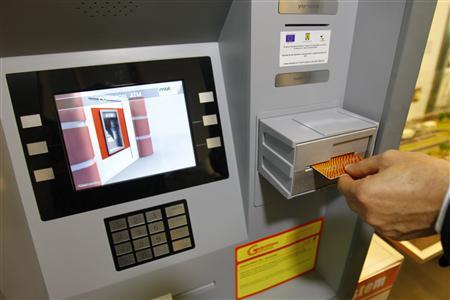 Prototype of a system for preventing ATM theft.
Reuters

A criminal serving a five-year sentence "for supplying gadgets to an organized crime gang used to conceal ATM skimmers" has invented a device that prevents ATMs from being susceptible to such thefts, Reuters reported today.

Valentin Boanta, who is six months into his sentence in a Romanian prison, developed what he calls the SRS (Secure Revolving System) which changes the way ATM machines read bank cards to prevent the operation of skimming devices that criminals hide inside ATMs.

Boanta's arrest in 2009 spurred him to develop the anti-theft device to make amends. "When I got caught I became happy. This liberation opened the way to working for the good side," Boanta told Reuters. "Crime was like a drug for me. After I was caught, I was happy I escaped from this adrenaline addiction. So that the other part, in which I started to develop security solutions, started to emerge."