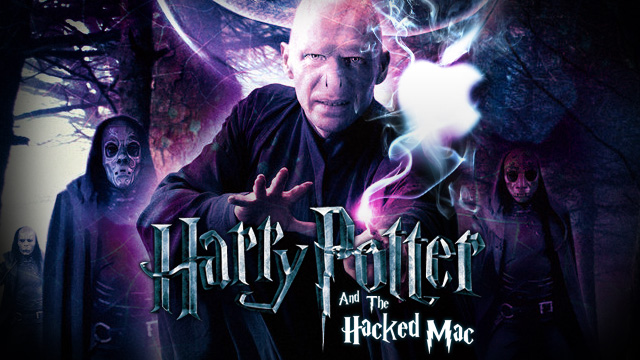 The Mac on your desk or on the cafe table next to you has a chip with secret functions that can be unlocked only by inputting a spell from the Harry Potter series. The SMC, or system management controller, is a chip used to regulate a Mac's current and voltage, manage its light sensor, and temporarily store FileVault keys. Turns out that the SMC contains undocumented code that is invoked by entering the word "SpecialisRevelio," the same magic words used to reveal hidden charms, hexes, or properties used by wizards in the Harry Potter series written by author J. K. Rowling.

That fun fact was presented Wednesday at the NoSuchCon security conference by veteran reverse engineer Alex Ionescu. While most details are far too technical for this article, the gist of the research is that the SMC is a chip that very few people can read but just about anyone with rudimentary technical skills can "flash" update. Besides displaying the Apple engineers' affinity for Harry Potter, Ionescu's tinkerings also open the door to new types of hacks. But don't worry because they're mostly the fodder for a hacking scene in a James Bond or Mission Impossible screenplay.

"The attacks discussed in my presentation are attacks that likely only a nation-state adversary would have the sufficient technical knowledge to implement, and they require precise knowledge of the machine that is being targeted," Ionescu, who is chief architect at security firm CrowdStrike, wrote in an e-mail to Ars. "They are perfect, for example, at a border crossing where a rogue country may need to 'take a quick look at your laptop' to 'help prevent terrorism.' I don't suspect most Mac users (and certainly not those that read Ars or other similar publications) would be at a high-profile enough level to warrant such level of interest from another state."