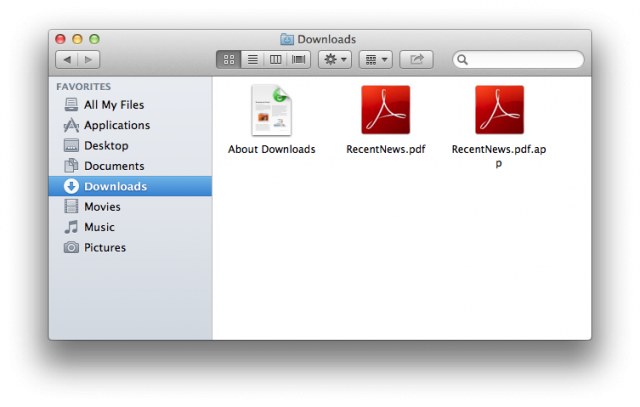 Researchers have uncovered a family of malware that targets both Windows and OS X. Janicab.A, as the trojan is known, is also unusual because it uses a YouTube page to direct infected machines to command-and-control (C&C) servers and follows a clever trick to conceal itself.

The threat first came to light last week, when researchers from F-Secure and Webroot documented a new trojan threatening Mac users. Like other recently discovered OS X malware, Janicab was digitally signed with a valid Apple Developer ID. It also used a special unicode character known as a right-to-left override to make the infection file appear as a PDF document rather than a potentially dangerous executable file.

On Monday, researchers from Avast published a blog post reporting that Janicab can also infect computers running Windows. The strain exploits a vulnerability Microsoft patched in 2012 to install a malicious Visual Basic script that can remain active even after infected machines are restarted.