First there were CAPTCHAs, now there are GOTCHAs 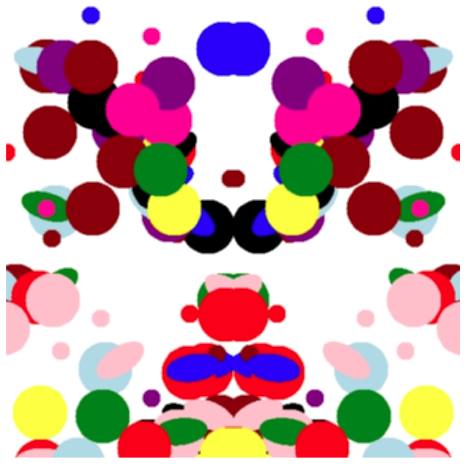 An example of one of the "inkblot" images used by the GOTCHA system.

Luis von Ahn and colleagues developed CAPTCHAs (Completely Automated Public Turing test to tell Computers and Humans Apart) in early 2000 to help fight against computer-generated spam. The test requires users to type in letters from a distorted image to prove that they're human. This system worked great for years, but as with many things on the Internet, there's always a hacker who wants to break the system.

Hackers have found ways to crack the CAPTCHA system—one example involves tricking users into thinking they are entering a CAPTCHA at a completely safe website while the user’s input is used to access another site. So it's up to the computer scientists to figure out how to beat the hackers again.

That's exactly what a team of researchers at Carnegie Mellon University set out to do. (The team consisted of PhD student Jeremiah Blocki, professor Manuel Blum, and associate professor Anupam Datta) The system they developed is called GOTCHA (Generating panOptic Turing Tests to Tell Computers and Humans Apart), and it uses a user-provided password to generate several multi-colored inkblots, with the blotches distributed randomly.