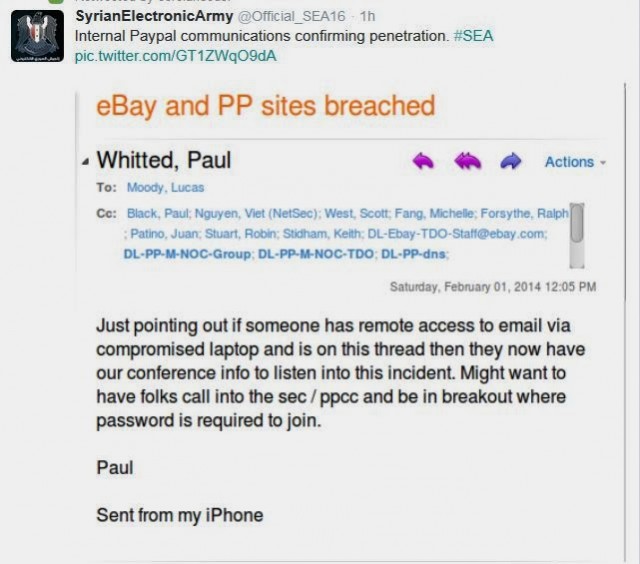 This e-mail, purportedly sent by a security incident handler for eBay, was posted by members of a pro-Syrian hacker group. It has since been removed from Twitter.
Jacob Williams

Pro-Syrian hackers have produced evidence that they intercepted the sensitive communications of eBay security personnel as the employees responded to a recent hack of the company's UK websites. The incident underscores the lack of success some of the world's most powerful tech companies have withstanding everyday attacks.

An image posted over the weekend shows an e-mail purportedly sent by Paul Whitted, whose LinkedIn profile lists him as a senior manager at eBay overseeing "incident management and resolution of major site issues." The February 1 message addresses other eBay employees and raises the possibility that one or more of their computers—or at least one of their e-mail accounts—was compromised as they were discussing a hack last Saturday on eBay and PayPal websites.