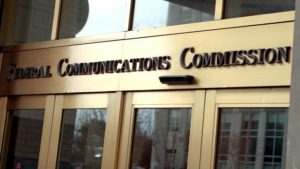 The Federal Communications Commission (FCC) issued its highly anticipated declaratory ruling on July 5, 2016 in which it determined that the Telephone Consumer Protection Act (TCPA) does not apply to calls made by or on behalf of the federal government when such calls are made for official purposes.

What is the TCPA?

The TCPA prohibits “any person,” defined as an “individual, partnership, association, joint-stock company, trust or corporation,” from initiating calls to wireless numbers using automated technology without prior express consent.  47 U.S.C. § 153(39).  Relying on the Supreme Court’s recent decision in Campbell-Ewald v. Gomez, 136 S. Ct. 663 (2016),  in which the Court held that the federal government and its agencies are exempt from the TCPA because “no statute lifts their immunity,” the FCC likewise ruled that the TCPA does not apply to calls made by government entities based on the express definition of “person,” which does not include the sovereign.  Therefore, calls made by or on behalf of government entities, including legislative, judicial, and executive bodies, and those working on behalf of government entities and officials, are not subject to the TCPA.   The FCC’s ruling, however, does not extend to calls made by state and local governments or their agents, nor does it provide an exemption for political campaigning.

What About Federal Third-Party Contractors?

Of particular importance, third-party contractors who send messages on behalf of the federal government are not necessarily in the clear.  Derivative sovereign immunity, a doctrine predicated on the principle that a federal government contractor should not be subjected to private party damages in litigation, may be extended to third-party government contractors only when they act under authority validly conferred on them by the federal government.  As the Supreme Court found in Campbell-Ewald, derivative immunity cannot shield a contractor when it “violates both federal law and the Government’s explicit instructions.”  There, the Court determined that Campbell-Ewald was not entitled to derivative immunity because the record revealed that the company had exceeded its authority by sending messages that the government had not authorized it to send, i.e., the messages were sent to individuals who had not “opted in” to receiving text messages.  Accordingly, Campbell-Ewald could not claim to be acting on behalf of the government.

What Does This Mean in Practice?

Based on the FCC’s ruling, the federal government can now robocall and text message consumers without consent, so long as the calls are made for official purposes, and are not, for example, as part of a campaign for re-election.  Surveys, polls, and other informational messaging are all now fair game, however.